Dodge Poetry Festival - thru our eyes

This is the first entry in a series of reflections and poems written by our students!

October 28, 2016: For the fourth time, the largest poetry event in North America came to New Jersey's largest city when the 30th Anniversary Geraldine R. Dodge Poetry Festival returned to Newark. For four days Newark’s vibrant downtown Arts District was transformed into a poetry village featuring some of our most celebrated, diverse and vibrant poets and spoken word artists.

And, on Friday, October 21, nine poetry-loving students along with Ms. Geyer and Ms. Willsey travelled to Newark to spend the day amongst the poets and the hundreds of other students who were attending the festival from all parts of the country.

One of our talented students, Kimberly, shares these thoughts with you about how the day started...and ended:

"Even though the day started off with rain dimming the mood, all the students were able to connect through 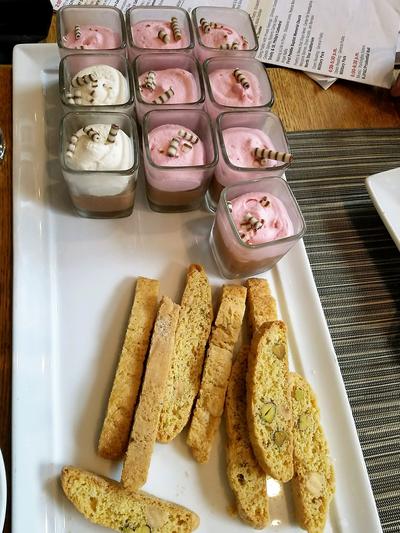 their love of poetry. Some highlights of the trip were listening to poets Sam Sax, Fatimah, and Marilyn. Their poetry was so raw that you were able to feel their pain in your heart. A couple students also so bravely rose to ask the poets' questions even though they didn't or almost didn't get the chance to! All the students enjoyed lunch together - thanks to Mrs. Geyer's husband for treating us! Even though the restaurant could have been run faster with snails, the student used the time to enjoy each other's company and bond in different ways! As everyone got up to leave after lunch, the slow service surprised us with an apology of chocolate cream shots for the whole table! The day ended with tired faces but with bright smiles and students' eyes inspired to write more poetry of their own!!"

Owen R. - November 9, 2016: Our buses arrived at a parking lot parallel to the Prudential Center in Newark at around 10 AM. As everyone was situated in the cold drizzle, which reminded me that summer had long expired, my curiosity and heart rate rapidly fluctuated as if I was nearing the first plunge of a gigantic roller coaster. After crossing the crosswalk and receiving wrist bands so we could participate, my schoolmates and I stepped into the Prudential Center and found our way towards the first reading.

Since we weren’t early enough to catch a front row seat or a satisfactory seat in general, we were on the fourth/top tier of the main theater which was absolutely gigantic. Speaking in this theater was the world renowned Billy Collins, as well as a few other poets whom were pretty successful themselves. Although it was amazing to hear what they had to say, we rushed to the Victorian theater to catch the next poets as well as an exceptional seat.

Although we managed to arrive in time and had some difficulty navigating through the sea of high school students, we managed to acquire exceptional seats. The poets, Sam Sax, as well as the other two amazing poets, read some of their own poems as well as the poems of others, all of which highlighted cultural issues as well as the transition from Homer to Hip Hop in poetry. A while later we were given the opportunity to ask all of these amazing poets a question. Fortunately I was able to ask my question before they ran out of time!

As the day went on, we had lunch at an amazing restaurant and visited two churches to see other poets. To add to this, I was able to get the autograph of the poet Sam Sax which was really exciting. The two churches were beautiful and I wish we had more time to explore and there was no such thing as rush hour.

As I rode back to Hunterdon Prep, I reflected on my experience. Not only was I able to hear advice from sages in poetry, I was also able to make new, bonding relationships that will be with me for a long time.

Rhetta C. - November 14, 2016: "Even if people don't go to every poetry cafe, Dodge Poetry Festival is something that can affect everyone personally."

Cosette G. - November 14, 2016: SAM SAX - On Friday at the Victoria Theater, a man with a beard and shiny silver nail polish, read poems ranging from the serious topic of a dying lover, to much more 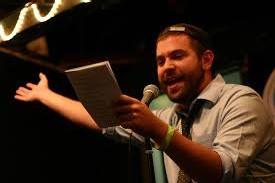 humorous topics. His voice traveled through the theater, full of emotion. I was instantly drawn in, hanging onto every word. I love how Sam's poetry didn't seem to follow rules. It was raw thoughts jotted down on a lined piece of paper, spoken straight through him and into us. We stopped at the bookshop afterwards where I bought every single book available. We walked to the Trinity Church where we listened to more of Sam's poetry. At the end, Rhetta, Jaunise, Grace, Owen and I got to go up and meet him. We took a group photo with him and he signed all our books.

Owen R. - November 29, 2016: MARILYN CHIN - Using racial puns to express her opinions on injustice among immigrants of different races, Marilyn Chin constantly shatters the glass roof and is a constant reminder that barriers, bias, and discrimination were created to be annihilated. Until I witnessed her perform some of her poems at the Dodge Poetry Festival, I never knew how powerful a poem’s message could be. I always assumed that poems were very light in their texture and impact on oneself. But, as I sat, mesmerized at the immense amount of compassion Marilyn had enforced into a college ruled notebook, I realized that there was more to poetry than a catchy rhyme.

Speaking with passion, Marilyn recited two of her favorite poems, both dealing with racial injustice among the Chinese-American population. In these poems she used multiple puns to enhance the experience. One of the puns I remember most clearly was referring to an egg, and how the yolk bleeds into the white egg. This refers to the Chinese culture – the yolk, bleeding into the American/Caucasian culture – the egg 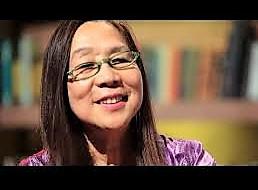 white. Besides putting insight into a multicultural issue, Marilyn also used her personal experience from growing up as a Chinese-American in Portland, Oregon to inspire her poems. As her father fell in love with another woman, leaving Marilyn and her mother in his past, Marilyn’s desire to abandon her culture and conform grew ever more apparent. Fortunately, she retraced her steps and ended up reuniting with her undiscovered heritage, just as her mother recommended. As the chaos and peril that her father’s affair created was spiraling out of control, she adapted her original name, Mei-Ling, to Marilyn since her father was a fanatic fan of Marilyn Monroe.

Blending the family discord she had endured, with racial issues in the world, Marilyn Chin created multiple upon multiple poetry masterpieces. Her resilience and determination is truly inspiring to me, and I’m extremely thankful that I was able to meet this incredible woman at the Dodge Poetry Festival. 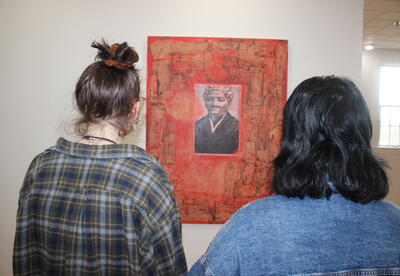 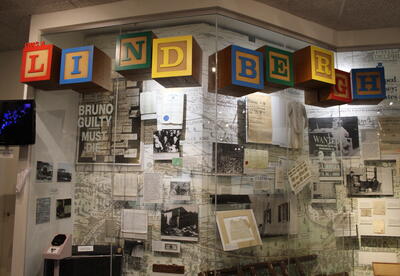 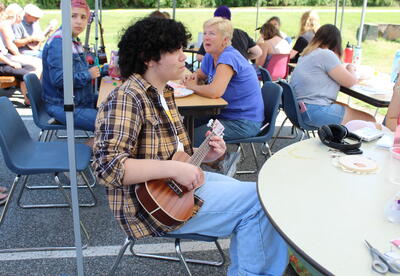 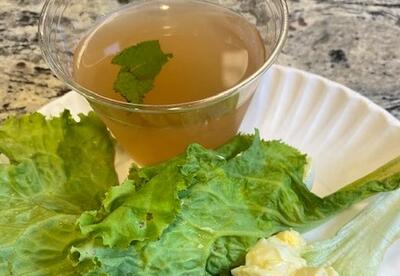 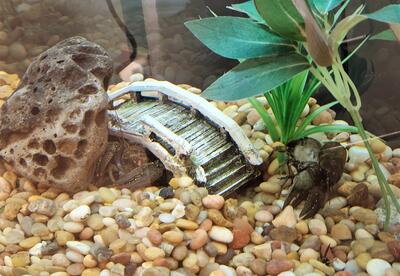 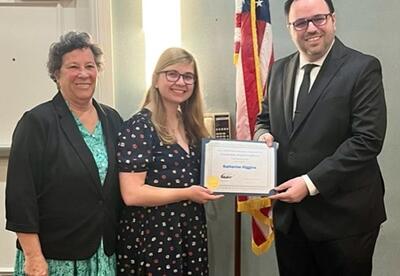